Jessie was brought up around well-known artists such as Turkey Tolson, Uta Uta Tjangala, Ronnie Tjampitjinpa, Mick Namararai Tjapaltjarri, Johnny Yungut Tjupurrula (her grandfather’s brother) and Pinta Pinta (her grandmother’s brother), who were part of the emerging Western Desert art movement. Jessie witnessed and was influenced by the great works of these artists. It was these early leaders that gave her a rare insight into the cultural perspectives of Pintupi people.

Mitjili Napanangka Gibson (Jessie’s grandmother) was also a well-known artist and actor who played a main role in the movie ‘Samson and Delilah’. Mitjili was the key influence for Jessie to start painting about her family’s traditional stories, life, and the memories of her upbringing.

Jessie’s art includes traditional stories of the western desert, as well as representations of her continuing practice of culture and connection to an ancient landscape. Her artworks are multi-layered and sometimes feature various stories on the same canvas.

Jessie currently resides in Alice Springs where she spent most of her childhood. She continues to maintain and practice her cultural activities and responsibilities. 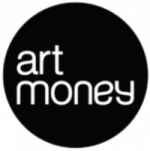 For all purchase & commission enquiries

We acknowledge the Traditional Owners of Country throughout Australia and their continuing connection to Land, Sea and Community. We pay our respects to them, their Cultures, and to the Elders both past and present.